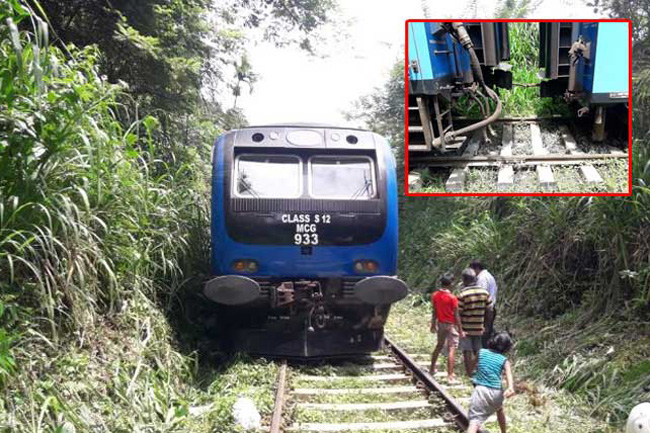 The train services along the up-country line have been temporarily disrupted due to a train derailment between Gampola and Ulapane railway stations, the Railway Control Room said.

The engine and four compartments of a special train that had been en route to Ella from Kandy had accordingly derailed at around 9.00 am this morning (24), causing massive damages to the railway line.

A large number of tourists were inside the train, the Railway Control Room said, adding that measures would be taken to set off the passengers to Ella railway station from Nawalapitiya station in another train.

The railway control room assured steps will be taken to restore the derailed train without delay.