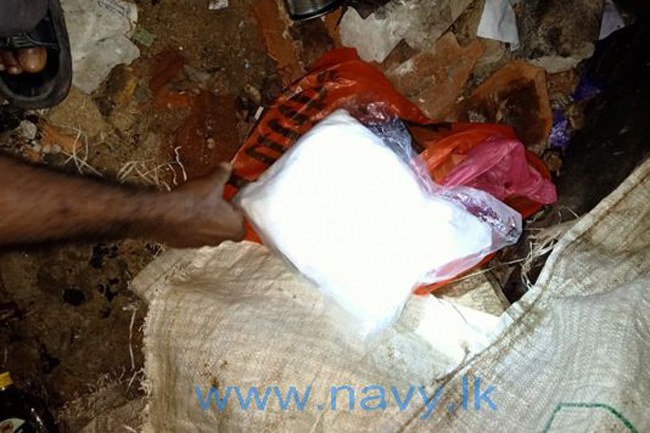 Navy seizes over 900g of drugs suspected to be Cocaine

A group of Navy personnel has apprehended 983g of drugs suspected to be Cocaine at Vankalai area in Mannar early this morning (24).

The raid was carried out by the North Central Naval Command in coordination with Mannar divisional Anti Corruption Unit, the Navy said.

The haul has been seized hidden near a fishing hut in Vankalai beach area.

The seized stock of drug was handed over to Vankalai Police for further investigation.