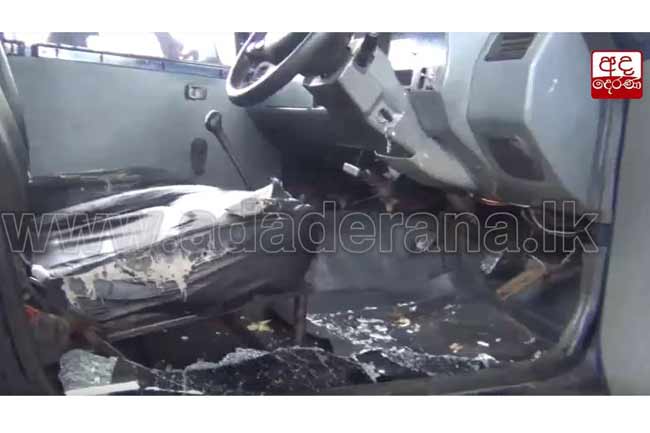 A tipper truck carrying garbage to Aruwakkalu and a Police Cab deployed for its security have been stoned early this morning (24).

The patrol Cab, which came under attack bearing the number plate LD-6907 is attached to the Puttalam Police.

It was reported that the two vehicles were attacked near Thiladiya area in Puttalam.

The Ada Derana reporter said a group of persons, who had waited for the vehicles to arrive, attacked the Police Cab while throwing stones at the tipper truck.

Several other tipper trucks also came under attack during the past few days while transporting waste materials from Colombo to Aruwakkalu.