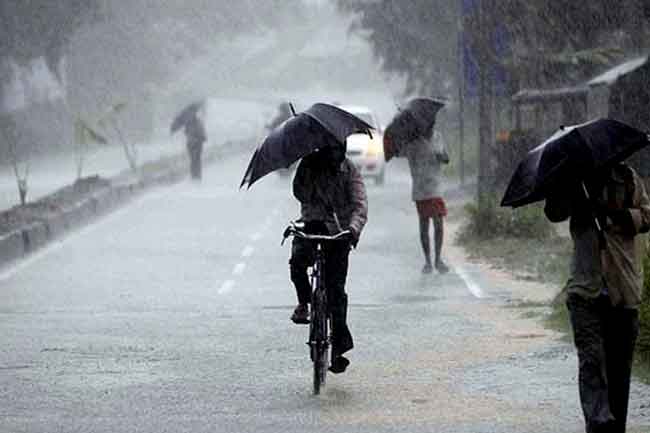 Windy condition over the island, particularly in Central hilly areas, Northern, North-central and North-western provinces and in Trincomalee and Hambantota districts (up to 50 kmph) at times and showery condition in South-western part of the island is expected to continue.

Showers or thundershowers will occur in Western, Central, Sabaragamuwa, Southern and North-western provinces.

Several spells of showers may occur in Northern province and in Badulla and Anuradhapura districts.

Showers or thundershowers will occur at a few places in Ampara and Batticaloa districts after 2.00 pm.

Temporarily strong gusty winds up to (70-80) kmph and very rough seas can be expected during thundershowers.