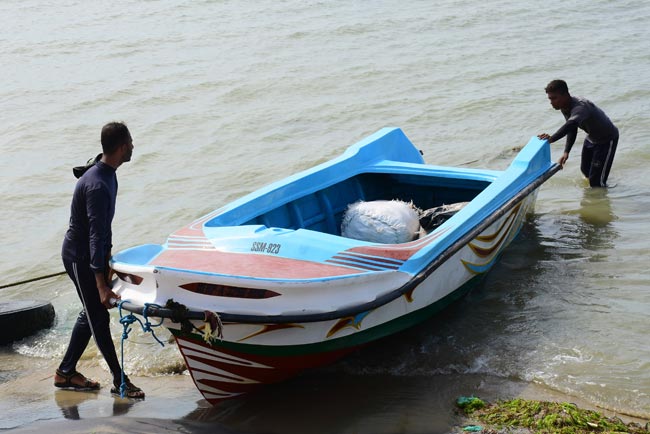 The Navy on yesterday found beedi leaves form a dingy which was in distress in the seas northwest of the Talaimannar lighthouse, due to rough sea conditions.

Accordingly, a naval vessel deployed for routine patrol by the North Central Naval Command found 120kg of beedi leaves, in two packages, in a dinghy being adrift in the aforesaid sea area.

It was revealed that there were two fishermen in the distressed dinghy and one had saved his life from this eventuality.

Naval search operations are currently underway to find the other fisherman, stated the Sri Lanka Navy.

The haul of beedi leaves and the dinghy were handed over to the Jaffna Customs for onward investigation.