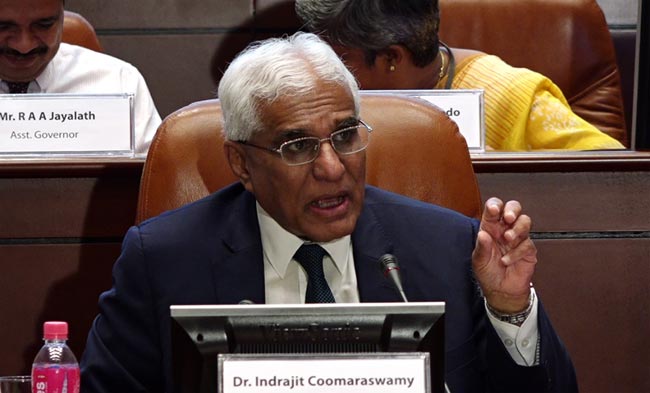 The Central Bank is extremely unlikely to reduce its key monetary policy rates before presidential elections expected to be held before Dec. 9, its chief Indrajit Coomaraswamy told Reuters on Sunday.

In a surprise move, the central bank slashed the key rates by 50 basis points on Friday to stimulate sluggish growth that is expected to hit nearly two-decade lows this year.

“It is extremely unlikely there is going to be any rate decrease in the coming months,” Coomaraswamy told Reuters over the phone.

“I can’t see a rate decrease before the election because it is generally not good for a central bank to change interest rates once elections are announced because it is construed for or against the government,” he said.