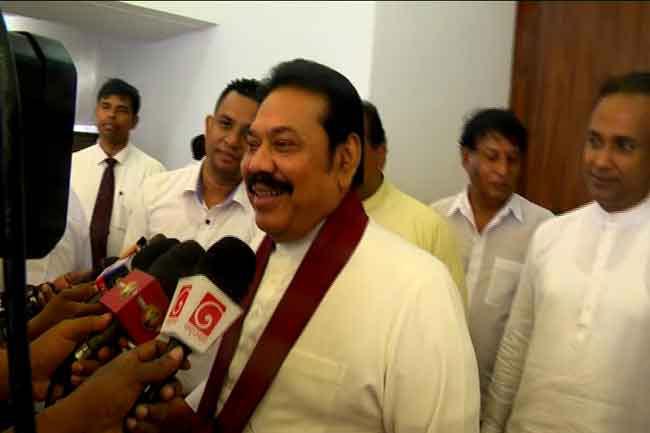 I would like it if Sajith becomes presidential candidate - Mahinda

The Leader of the Opposition Mahinda Rajapaksa says that he would like it if Minister Sajith Premadasa runs for Presidency from the United National Party (UNP).

The Opposition Leader expressed these views following a function held in Colombo today (25).

According to him, his party, Sri Lanka Podujana Peramuna (SLPP) has received the approval from the majority of the minorities.

The 123rd birth anniversary of Ven. Balangoda Ananda Maithree Thera was commemorated at the BMICH under the patronage of Opposition Leader Mahinda Rajapaksa, today.