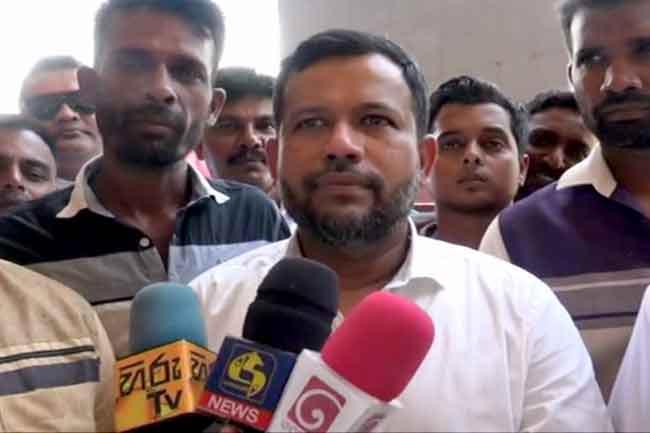 Will support candidate who is good for country  Bathiudeen

The All Ceylon Muslim Congress (ACMC) will decide who to support after nominations have been submitted for the Presidential elections, says ACMC Leader Minister Rishad Bathiudeen.

He mentioned this to the media following an event held in Anuradhapura.

They have not arrived at a decision as of yet and all decisions will be made by the party, he added.

Neither the dates have been set nor nominations have been called for a presidential election, and only two parties have named their Presidential candidate, he pointed out.

Once everyone nominates their candidate, the decision will be taken considering which contestant would be good for the country, said Bathiudeen.

However, Bathiudeen stated that no such meeting has been held as of yet and that they cannot reveal who ACMC will support, at this point.