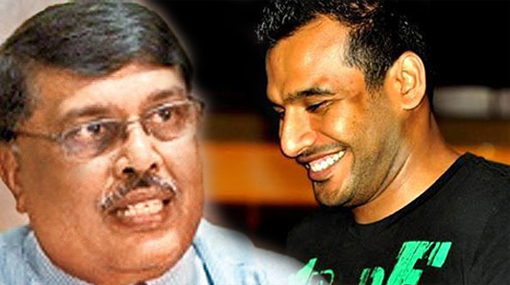 Indictments have been served before the Colombo High Court against former Chief Judicial Medical Officer (JMO) of Colombo Ananda Samarasekara for allegedly concealing evidence in the Wasim Thajudeen murder case.

The former Chief JMO was indicted before the Colombo High Court for destroying vital evidence pertaining to the case.

On the 17th of July 2012, local rugby player Wasim Thajudeen was found dead inside his car that was ablaze in front of Shalika playground in Narahenpita.

It was initially ruled that the death was caused by a motor accident, however, it was later revealed the rugby player was murdered.

Dr. Samarasekara was assigned to conduct the postmortem examination on Thajudeen’s body, but he had not actively taken part in the procedure and handed over the responsibility to two of his junior medical officers.

The Attorney General alleges that Dr. Samarasekara, during the postmortem examination, had destroyed evidence of the case by intentionally displacing two of the bone fragments from the body, which were vital for the proceedings of the investigations, says Attorney General’s Coordinating Officer State Counsel Nishara Jayaratne.

Dr. Samarasekara had surrendered to the court back in 2017 over Wasim Thajudeen’s murder case and was granted bail later.