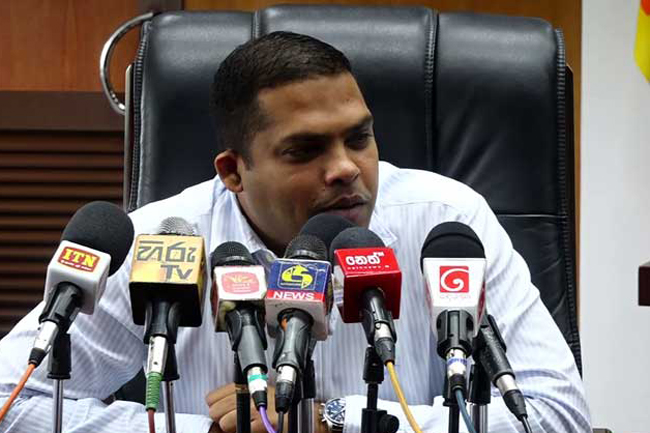 Harin says he did not ask Hathurusinghe to be removed

Minister of Sports Harin Fernando says three foreign cricket coaches, including Australian and South African nationals, are currently in talks for the post of Head Coach of Sri Lanka Cricket.

Speaking to the media following a press briefing held at the Sports Ministry last night (30), Fernando said he has never asked the current head coach, Chandika Hathurusinghe to be sacked. He added that there had been many internal conflicts.

When asked about the Sri Lankan cricket team’s tour in Pakistan, the minister said Sri Lanka Cricket has already confirmed the tour, however, the squad is yet to be named.