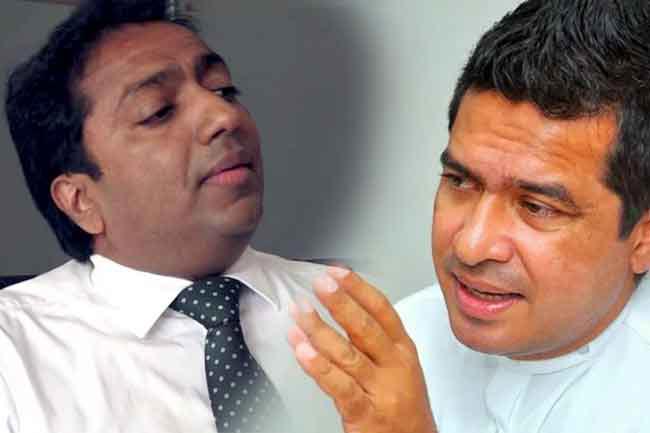 United National Party (UNP) Minister Sujeewa Senasinghe claims that the letter sent to him by the party’s General Secretary is fake and has been sent with the intention of gaining ‘cheap publicity’.

Recently, it was reported that the UNP General Secretary Akila Viraj Kariyawasam had forwarded letters to Ministers Sujeewa Senasinghe and Ajith P. Perera informing them with a decision to launch disciplinary action against them.

The letter sent by the General Secretary had stated that that the two Non-Cabinet Ministers have criticized the United National Party, the UNP leadership, the UNP Working Committee, the party’s programs and activities.

The letter further requested the two Ministers to submit explanations ting with regard to the charges on or before the 9th of September.

However, a response letter sent by Minister Sujeewa Senasinghe to General Secretary Kariyawasam claims that Minister Senasinghe doubts on the authenticity of the letter.

In his letter, Senasinghe says that he believes it to be a bogus letter over the content of the letter being unprofessional and vague.

He says that the letter had been sent in the guise of originating from the UNP General Secretary to gain ‘cheap publicity and unwarranted media attention’.

Accordingly, he has requested the General Secretary to launch an immediate inquiry into the responsible parties.

Senasinghe has further pointed out that, in case the letter is authentic, Kariyawasam should inform him regarding the party constitutional provision he had allegedly violated and provide him with proof of the complaints made against him.

The letter had been copied to the Chairman of the UNP, Minister Kabir Hashim as well. 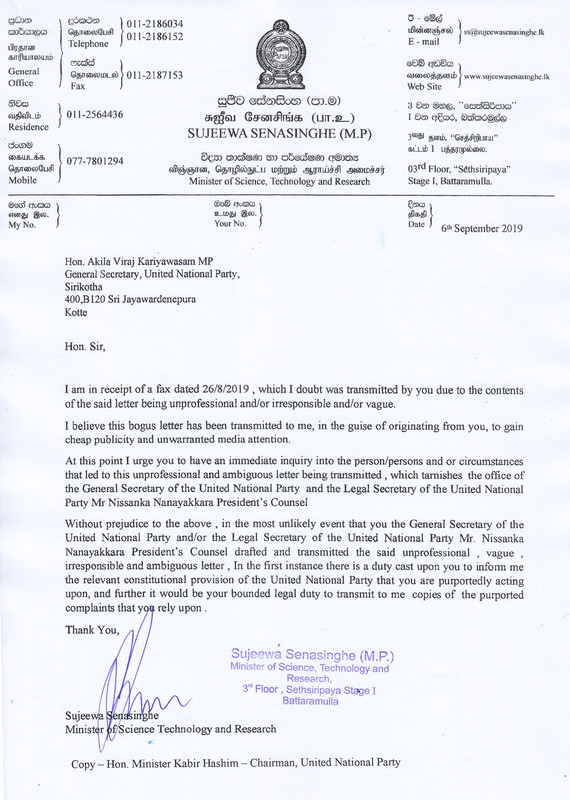