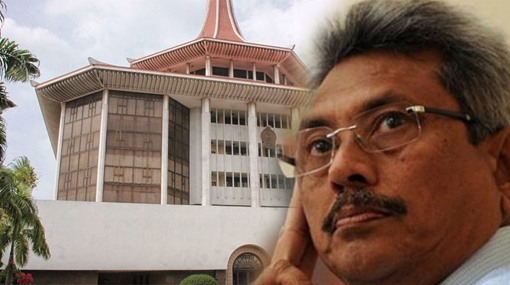 The Supreme Court today by majority decision rejected the petition filed by former Defence Secretary Gotabaya Rajapaksa claiming that the charges filed against him over the D.A. Rajapaksa museum case are incorrect.

Rajapaksa had filed the petition alleging that flawed charges have been presented by the Attorney General against him, over the alleged misappropriation of funds amounting to Rs 33.9 million when constructing the D.A. Rajapaksa Museum in Medamulana.

Afterwards the verdict was announced by the Chairman of the judge bench Justice Sisira de Abrew, who declared that by majority decision the five-member judge bench has decided to reject the petition without taking it up for hearing.

He further stated that there is no justifiable legal basis to grant permission to take it up for hearing.

Deputy Solicitor General Viraj Dayaratne appearing on behalf of the Attorney General rejected the notion that the charges were flawed and also pointed out that there is no basis for the petitioner’s argument that the charges are unclear.

After considering the facts presented before the court, the judge bench decided to reject the petition by majority decision.