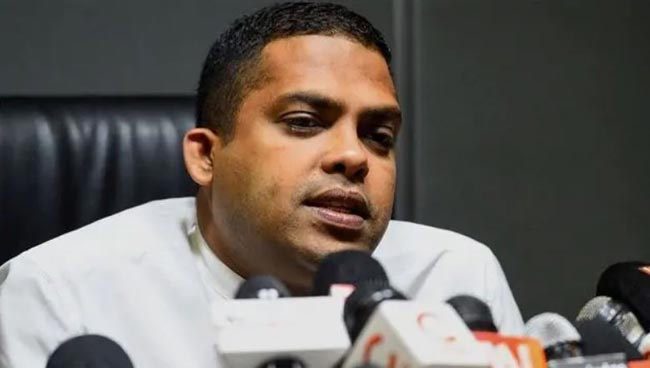 No truth that India influenced players to not tour Pakistan - Harin

No truth to reports that India influenced Sri Lankan players not to play in Pakistan.Some decided not to play purely based on 2009 incident. Respecting their decision we picked players who were willing to travel. We have a full strength team & we hope to beat Pakistan in Pakistan

Sri Lanka’s Sports Minister has dismissed reports that India had coerced the Sri Lankan players to not tour Pakistan for the upcoming three-match ODI and Twenty20 International series that will take place in Karachi in September.

Harin Fernando, the country’s Sports Minister took to his Twitter account to clarify, “No truth to reports that India influenced Sri Lankan players not to play in Pakistan. Some decided not to play purely based on 2009 incident. Respecting their decision we picked players who were willing to travel. We have a full strength team & we hope to beat Pakistan in Pakistan.”

Citing security situations, 10 Sri Lankan players, including T20 captain Lasith Malinga and former captains Angelo Mathews and Thisara Perera pulled out of an upcoming tour of Pakistan. Following a militant attack on the Sri Lankan team bus during a Test match in Lahore in March 2009, a majority of international teams have refused to tour the South Asian country.

The other seven who opted out were Niroshan Dickwella, Kusal Perera, Dhananjaya de Silva, Akila Dananjaya, Suranga Lakmal, Dinesh Chandimal and Dimuth Karunaratne. The tour was seen as another step towards reviving international cricket in Pakistan after years of isolation.

Pakistan’s Science and Technology Minister Fawad Hussain Chaudhry had accused India of coercing members of the Sri Lankan cricket team into dropping out of the Pakistan tour, sparking yet another controversy on social media.

According to Chaudhry, India had threatened to remove Sri Lanka’s players from the Indian Premier League (IPL) if they didn’t refuse to play in Pakistan. “Informed sports commentators told me that India threatened SL players that they will be ousted from IPL if they don’t refuse Pak visit, this is really cheap tactic, jingoism from sports to space is something we must condemn, really cheap on the part of Indian sports authorities,” Chaudhry had tweeted.

The Pakistan Cricket Board (PCB) has reiterated the scheduled home series against Sri Lanka will go ahead despite top players from the island nation pulling out of the tour. The Sri Lankan cricket board had given the freedom to its players to choose if they want to travel to Pakistan.

Sri Lanka are also to play two Test matches against Pakistan, but the dates and the venue are yet to be announced. Fernando has rejected playing the longer versions of the game in Pakistan and suggested the Tests be played in the United Arab Emirates, where Pakistan have played many of their home series.