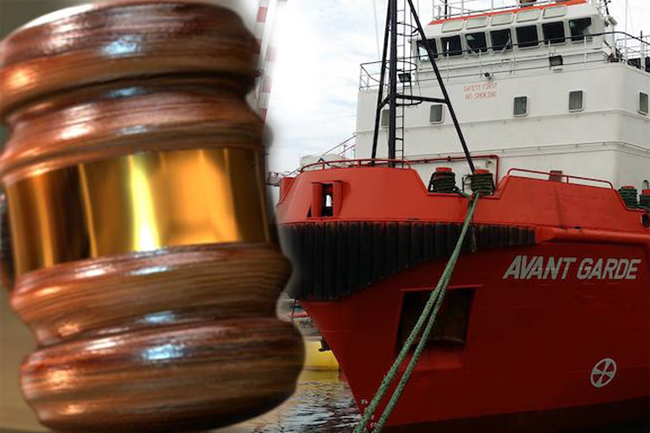 Indictment on Avant-Garde case to be served on Sep. 27

Indictments in the Avant-Garde high seas arms trafficking case are to be served on the accused by the High Court Trial-at-Bar on September 27, the Attorney General’s Department said.

Meanwhile the Colombo High Court Trial-at-Bar has issued notice on the 13 defendants in the case including Avant-Garde Chairman Nissanka Yapa Senadhipathi to appear before the court on September 27.

The Attorney General had filed indictment comprising 7,573 charges in Avant-Garde arms trafficking case against Chairman of Avant-Garde Nissanka Yapa Senadhipathi and the other defendants.

The indictment was filed before the Trial-at-Bar in Colombo High Court.

The Avant-Garde Maritime Services (Pvt) Limited and Rakna Arakshaka Lanka Limited have also been listed as the defendants in the case.

This is considered to be the lawsuit in which an Attorney General laid the highest number of charges against the defendants, in the judicial history of Sri Lanka.