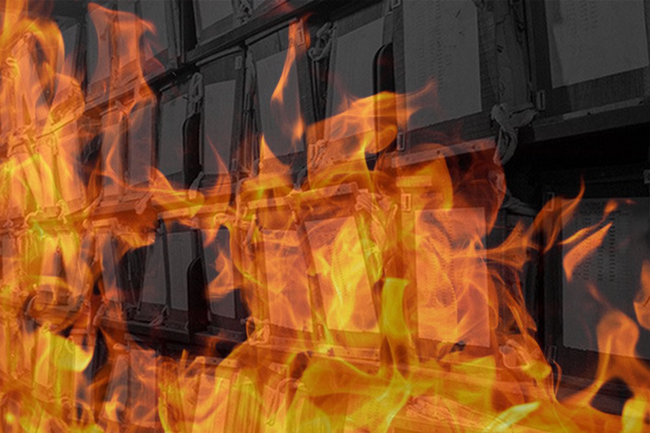 A fire has broken out in the record room of the Kekirawa Magistrate’s Court at around 11.35 am this morning (12).

The Fire Brigade is currently in an attempt to douse the flames, the Police Media Spokesperson SP Ruwan Gunasekara said.

An investigation has been launched under the supervision of Anuradhapura Police with immediate effect.

Several police units have been deployed to the scene to control traffic on the road near the court as well as for the investigations.

The Government Analyst is also slated to arrive at the scene of the fire.