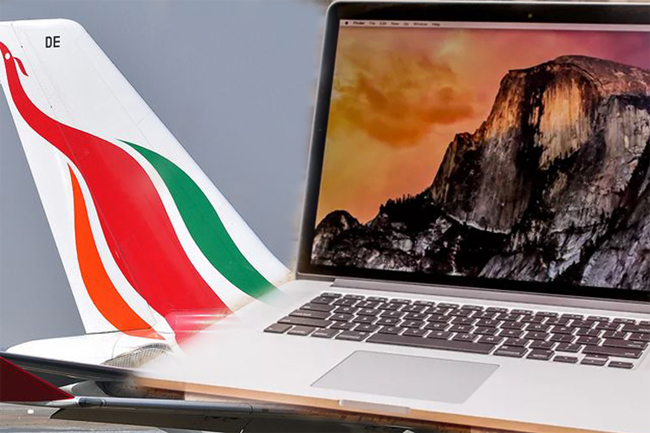 SriLankan Airlines has says that older generation 15-inch MacBook Pro units will not be allowed in as checked- in or carry-on luggage due to a safety risk announced by the Apple Inc.

The company announced that in a limited number of older generation 15-inch MacBook Pro units, the battery may overheat and pose a fire safety risk.

The affected units were sold primarily between September 2015 and February 2017.

SriLankan Airlines, as a safety measure, has requested the passengers to verify with Apple whether their devices are affected by the recall.

The passengers, upon check-in, will be requested to produce such verifications or proof that the battery has been replaced.

In the absence of such verification, their devices will not be allowed in as checked- in or carry-on luggage, SriLankan Airlines stressed.

In order to verify such devices, the users are urged to follow the link Apple’s 15-inch MacBook Pro Battery Recall Program.