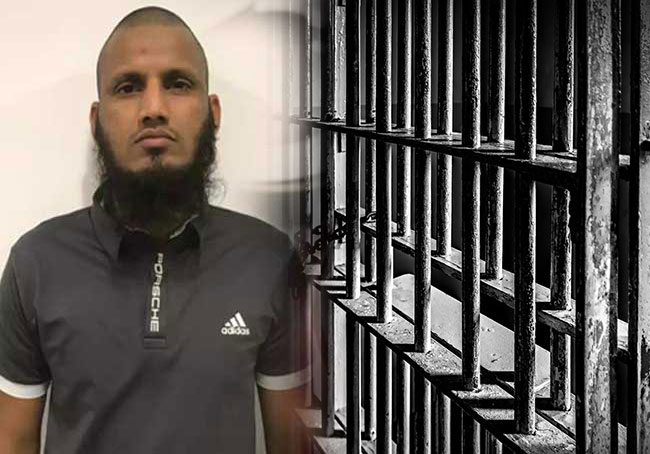 Six individuals including the brother and father of notorious underworld figure Kanjipani Imran have been arrested after they were caught attempting to hand him two mobile phones and two phone chargers concealed in a lunch box at the Boossa Prison.

Six relatives of Mohamed Najim Mohamed Imran alias ‘Kanjipani Imran’ including his brother and his father had visited the inmate at the Boossa Prisons today (12), along with visitors for other inmates at the prison.

During their interactions, Kanjipani Imran’s visitors had attempted to secretly hand him the mobiles phones and charges which were hidden in a lunch box.

The arrested suspects are to be handed over to Rathgama Police.