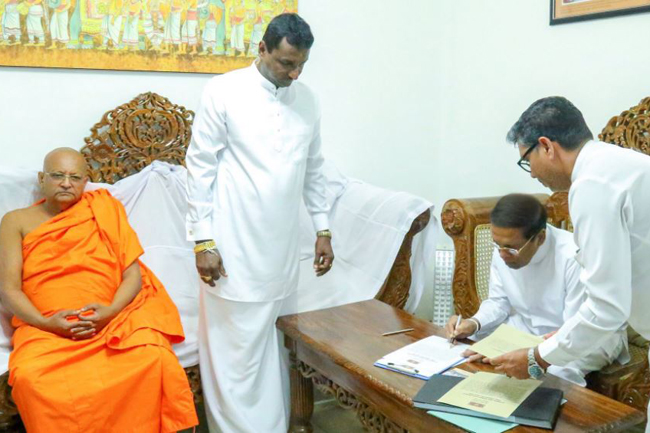 The ceremony was held at the Sabaragamuwa Maha Saman Devalaya premises under the President’s patronage when he attended to witness the final Randoli Perahera of the Saman Devalaya which was paraded last night.

The President has sought blessings from the chief incumbent of the Sri Pada Vihara, Bengamuwe Dhammadinna Thera.

The document declaring the Sabaragamuwa Maha Saman Devala Perahera a national event was subsequently signed by the President.

Basnayake Nilame of the Saman Devala Migara Jayasundara has presented a memento to the President to remark this significant event.