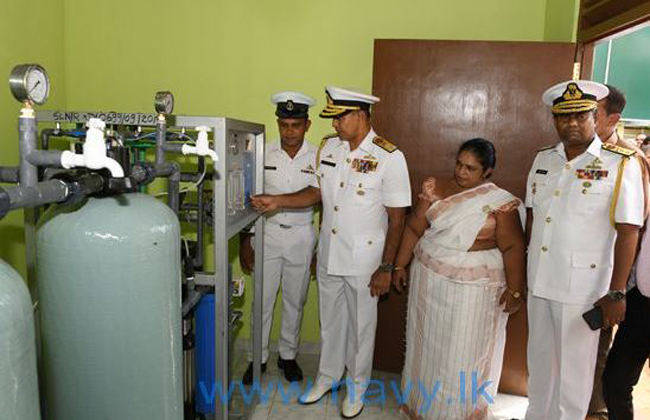 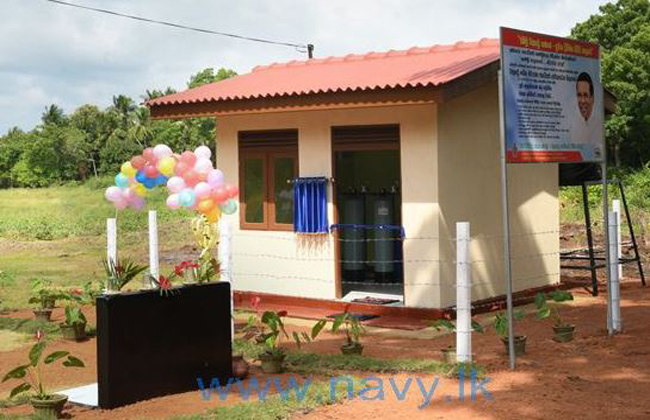 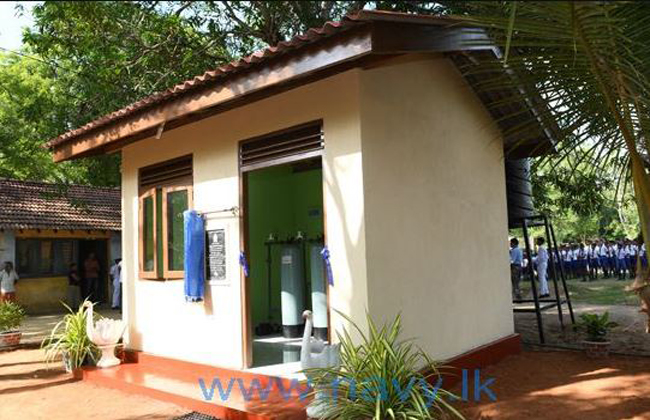 The event was held under the patronage of Commander of the Navy, Vice Admiral Piyal De Silva.

Accordingly, one RO plant is established at Diullegoda MV in Nikaweratiya and the other RO plant is located at Maningamuwa Village in Mahawa, which were built by SL Navy with the funds provided by the Presidential Task Force on Prevention of Chronic Kidney Disease, were declared open by the Commander of the Navy.

The occasion at Diullegoda Maha Vidyalaya was attended by Commander Northwestern Naval Area, Rear Admiral Ruwan Perera and other naval officers, the Principal and staff members, school children and their parents. Residents of Maningamuwa village and a large number of other villagers participated in the opening at Maningamuwa.

The Navy, partnering with the Presidential Task Force on Prevention of Chronic Kidney Disease, is determined to install more RO plants in areas where a high prevalence of kidney disease is recorded.