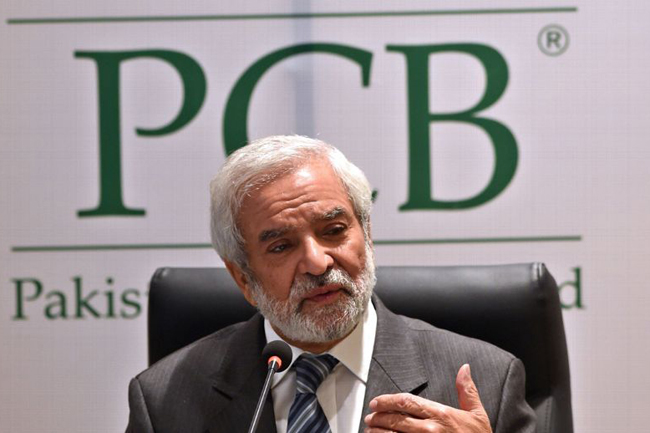 Pakistan Cricket Board Chairman Ehsan Mani reiterated his confidence in Pakistan hosting Sri Lanka later this month, saying neither he nor his board was looking to shift the series to a neutral venue.

According to the original schedule, both teams will be playing three T20Is and three ODIs in Lahore and Karachi between September 27 and October 9. But doubts over those matches actually taking place surfaced earlier this week when the Sri Lankan government received news of a “possible terrorist threat on the Sri Lanka team”. This development came two days after SLC named their touring squads without ten frontline players who refused to travel.

Mani, addressing the press in Lahore on Friday, said the PCB is in discussion with the SLC and that he expected to tour to continue as planned. “Our decision is very clear and we are not exploring any other neutral venue. We don’t have the time to shift or lookout for any other option right now. Our default position is that it is Pakistan’s home series and it will be played in the country. This has been the understanding right from the start and we are in discussions with the Sri Lanka board and they are also very positive about sending their team.”

SLC had committed to the tour after a thorough security assessment, but with less than two weeks for the first match, their government has asked for another round of checks to be made. It is also understood that the Pakistan ambassador in Colombo met with the Sri Lankan defence secretary on Thursday and that the SLC has prompted the Sri Lankan defence ministry for an updated threat assessment.

“We didn’t get any negative feedback from their board and they never said that they are not coming,” Mani said. “All they are seeking is their government’s permission and they are engaging with them. There are speculations that they are sending their under-strength team but it’s their prerogative. But what is important that international cricket will be played in Pakistan, and Sri Lanka is fulfilling their commitment.”

Comprising six games, this will be the longest international series in Pakistan for a decade. It will also mark the first international action in Pakistan in 18 months. The tour was supposed to include two Test matches as well but they have been postponed to December. The PCB wants to host them in Pakistan as well and see this limited-overs series as a trial run towards that ultimate aim.

On a different note but directly relevant is the appointment of the ICC officials for the series. ESPNcricinfo understands the PCB has already informed them about the schedule but the ICC will carry out its own assessment of the security situation prior to sending match officials.

The National Stadium in Karachi will host the ODIs, while the T20Is will be held in Lahore. These will be the first ODIs to take place in Pakistan since Zimbabwe toured for a three-match ODI series in 2015; all the international cricket since the 2017 PSL final has been in the form of T20Is.