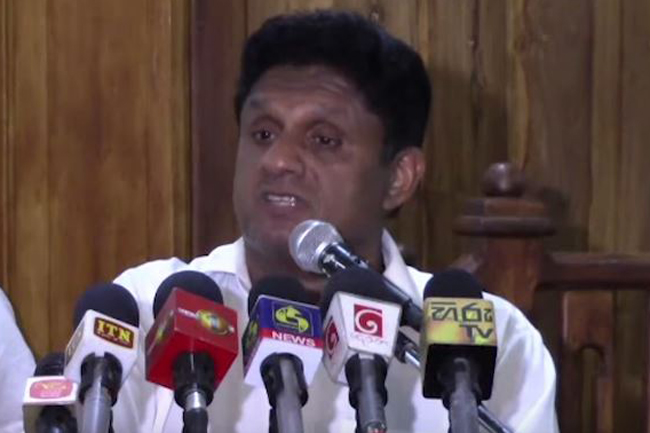 He stated this addressing an event held in Anuradhapura.

Referring to himself as a person without pretence, the Housing & Construction Minister said he is a real patriotic person.

The minister asked the country’s citizens to gear themselves up for a new Sri Lanka following the last two months of this year.

A country without racism and terrorism would be established under him, Premadasa said adding that he would also identify the factors that give originate terrorism and find ‘remedies’ for them.