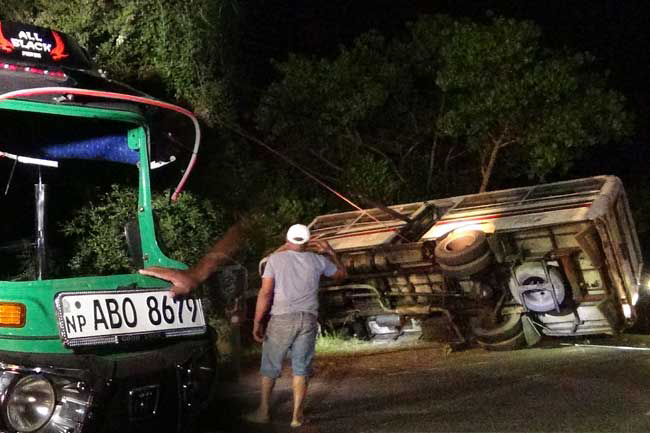 A bus that had been en route to Gampaha from Thalawila has toppled injuring twenty of its passengers last night (14).

According to reports four of the injured persons are in a critical condition.

The accident happened at Sembetta area in Mundalama, as the bus tried to overtake a motorcycle and crashed head-on against a three-wheeler that had arrived from the opposite direction. The bus had toppled while the three-wheeler was also damaged in the accident.

The injured are devotees who had been on their way back after visiting the St. Anne’s Church in Thalawila. They are residents of Weliweriya, Divulapitiya, Minuwangoda, Nattandiya and Walahapitiya areas.

They are currently receiving treatment at Base Hospital Puttalam.

Mundalama Police is probing in the incident further.