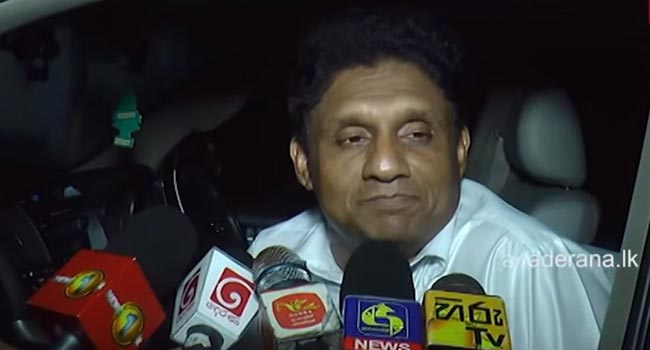 He mentioned this commenting to the media following the talks.

Minister Sajith Premadasa held talks with the party leaders of the UNF at the house of Minister of Finance Mangala Samaraweera, last night (14).

At the meeting, the UNP-led coalition has discussed at length on the candidate for the upcoming presidential election.

Recently, UNP Leader Prime Minister Ranil Wickremesinghe had informed Sajith Premadasa to take a final decision regarding the presidential candidacy after discussing with the minor parties of the UNF.