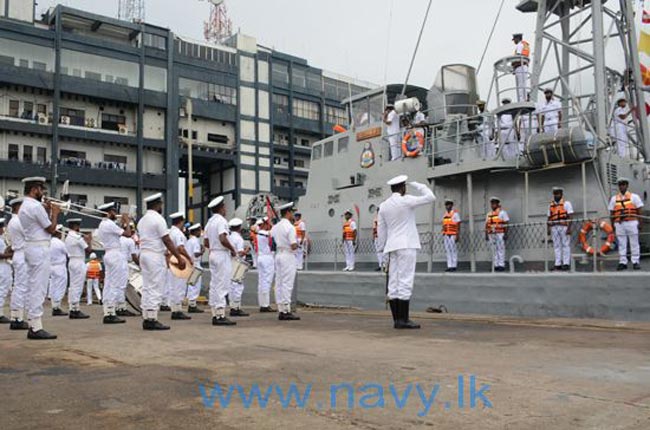 SLNS ‘Sindurala’ and SLNS ‘Suranimila’ which left for India on the 5th September to participate in the Sri Lanka India Naval Exercise-2019, have arrived back in the island.

Accordingly, SLNS ‘Sindurala’ arrived at Naval Dockyard Trincomalee on 14th September while SLNS ‘Suranimila’ arrived the port of Colombo on 15th September and the two ships were welcomed SL Navy in accordance with Naval traditions. Commander Eastern Naval Area Rear Admiral Meril Wickramasinghe and senior officers in the command were also present on the welcoming of SLNS ‘Sindurala’. Officers attached to the Western Naval Command attended the welcoming of SLNS ‘Suranimila’at the port of Colombo.

The senior officers attended the welcoming of the ships, held cordial discussions with the Flag Officer Commanding the Naval Fleet Rear Admiral Upul de Silva who participated in the tour and Commanding Officers of the two ships Captain Nalin Navarathna and Captain Sanjeewa Premarathna.