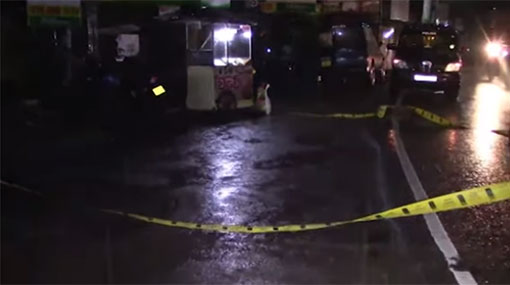 Two suspects have been arrested over their alleged involvement in last night’s shooting at Embulgama Junction in Hanwella, which claimed the life one persons and wounded two others.

The Police Spokesman said that the van and motorcycle used by the suspects have also been recovered.

One person was killed while two others sustained critical injuries in the shooting incident at Embulgama Junction in Hanwella on the Avissawella-Colombo main road last night (15).

Police said that the shooting, which had taken place at around 9.15pm, was the result of a clash between two organized criminal gangs.

One of the passengers of the car had died after succumbing to injuries while two others are still receiving treatment after being hospitalized.

The deceased has been identified as 23-year-old Belihullage Gedara Suresh Ruwantha Gunasinghe alias “Chooti Malli”, a resident of Jalthara in Ranala, a known criminal gang member.

Hanwella and Nawagamuwa police stations are carrying out further investigations.