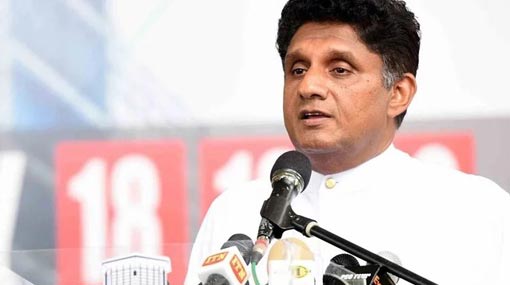 Confident I will be chosen as presidential candidate - Sajith

Minister Sajith Premadasa says that the presidential candidate of the United National Party (UNP) will be chosen via a democratic structure.

The UNP Deputy Leader stated this at a press conference held at the residence of Minister of Finance Mangala Samaraweera, this morning (17).

Premadasa says that he, yesterday (16), submitted a written request to Prime Minister Ranil Wickremesinghe informing the UNP Leader of his decision to contest at the presidential election.

He says that he asked the UNP presidential candidate to be selected under a democratic structure through the opinion of the Working Committee and the UNP MP group.

He further said that he is confident that he will be nominated as the presidential candidate of the party.