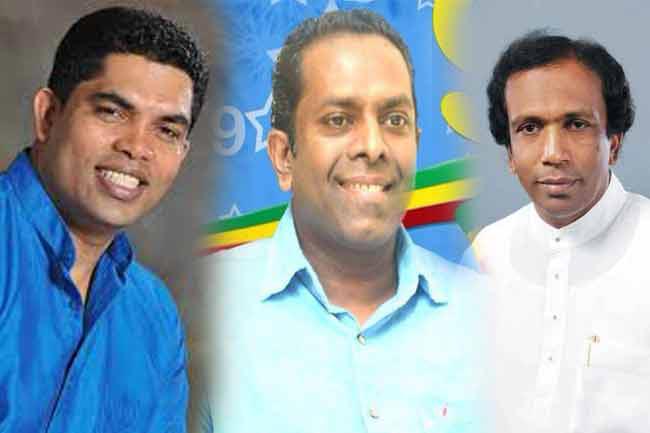 The UPFA members Shantha Bandara, Manoj Sirisena and D. B. Herath took their oaths before the Deputy Speaker in this manner.

Kurunegala District UPFA member D. B. Herath was assigned to the MP seat made vacant by the demise of the UPFA parliamentarian Salinda Dissanayake.

However, Shantha Bandara resigned from his post as a National List Member of Parliament with the hope of returning to the parliament via the preferential votes list to honor the trust placed on him by the Kurunegala public at the last general election.

As Herath’s name was nominated to fill the vacant seat, Shantha Bandara was reappointed to his previous MP seat as a National List Member of Parliament.