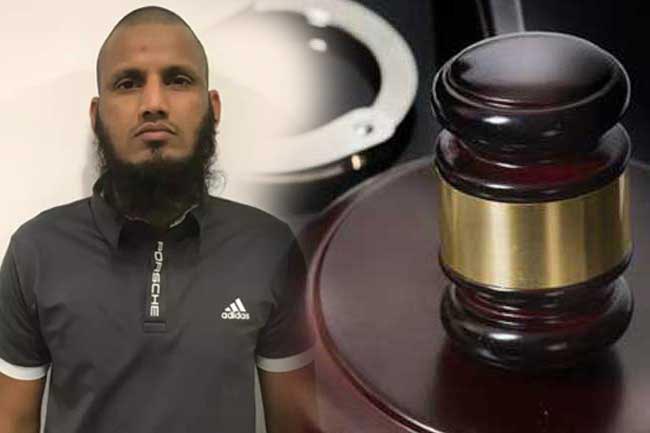 The order was passed by the Colombo Chief Magistrate Lanka Jayaratne when the case was taken up today (17).

Based on a request by the police, the magistrate ordered prison officials to produce suspect Kanjipan Imran to the Government Analyst’s Department to record voice samples.
Subsequently, the magistrate postponed the case to the 20th of September.

The Kanjipani Imran was arrested over allegedly threatened an Inspector of Police (IP) attached to Keselwatte Police.

Keselwatte police had arrested Kemdasan Thushanthan alias ‘Susantha’, who is alleged to be an accomplice of Kanjipani Imran, with over 20 grams of heroin on January 07, 2019.

However, Kanjipani Imran, who had been abroad at that time, had threatened and used profanity on two policemen who had been involved in the raid over the phone.

Accordingly, the Chief Magistrate accepted the request of the Keselwatte Police to name Kanjipani Imran as a suspect in the incident and remanded under the offense of threatening a police officer which is a crime under the Prevention of Terrorism Act (PTA).