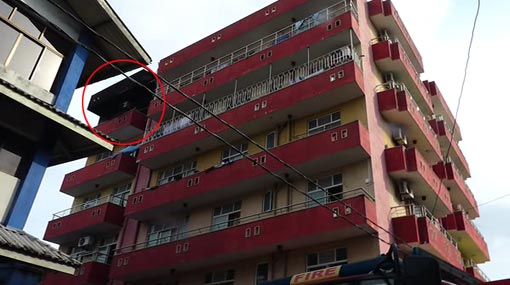 A fire has broken out inside an apartment complex at Aramaya Road, Dematagoda, according to the Police.

The fire had broken out at around 3 pm this afternoon (17).

Firemen of the Colombo fire brigade extinguished the fire along with the Dematagoda Police officers and residents of the area.

Dematagoda Police had launched investigations based on information received that a fire had broken out on the 5th floor of the flat.

No casualties have been reported in the fire. However, the cause of the fire is yet to be ascertained.