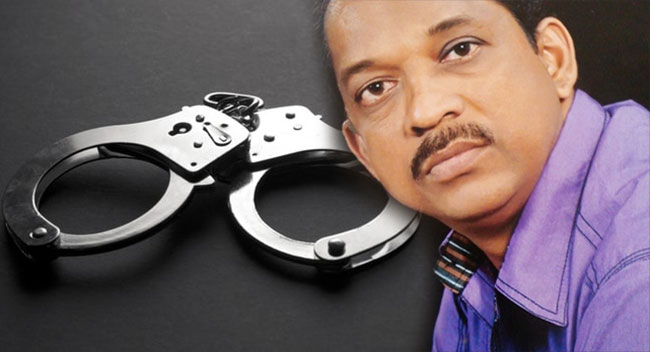 The Chairman of the Baddegama Pradeshiya Sabha, Anura Amarasiri Narangoda, has been arrested in connection with an assault incident.

The Sri Lanka Podujana Peramuna (SLPP) member is to be produced before court later today.

According to Wanduraba Police, the PS chairman was arrested today on charges of assaulting an individual with fists and clubs while being a member of an unlawful assembly and for also threatening the victim by placing a revolver to his neck.