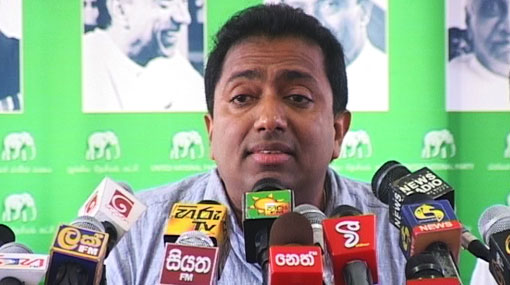 UNP General Secretary Akila Viraj Kariyawasam says that certain groups have launched an organized campaign to portray a crisis within the United National Party (UNP) and the parties and organisations in its alliance, with regard to selecting a presidential candidate.

Issuing a statement today (17), he said that the UNP will be contesting the upcoming Presidential Election under a broad alliance and that final agreements have already been reached with regard to forming that alliance.

He said that as per those agreements the Presidential Candidate will be nominated from the UNP and on that basis the UNP will be choosing a suitable candidate.

Kariyawasam said that candidate will be chosen according to the party’s constitution while safeguarding democratic norms and traditions.