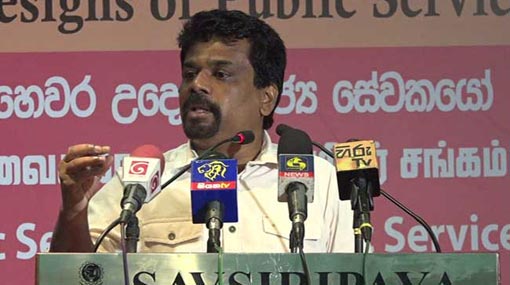 He pointed out that a suitable team of professionals must be utilized to convert state institutions into profit-making organizations.

Instead, the state institutes have become places that offer employment opportunities for those who help Ministers’ election campaigns, he said.

According to Dissanayake, state institutes become colonies of the relevant Ministers.

Stressing that this is the reason why state institutions fallen into such ineffective conditions, he said that this must stopped.

Dissanayake said that state institutes will be made efficient once again under a government of his own.