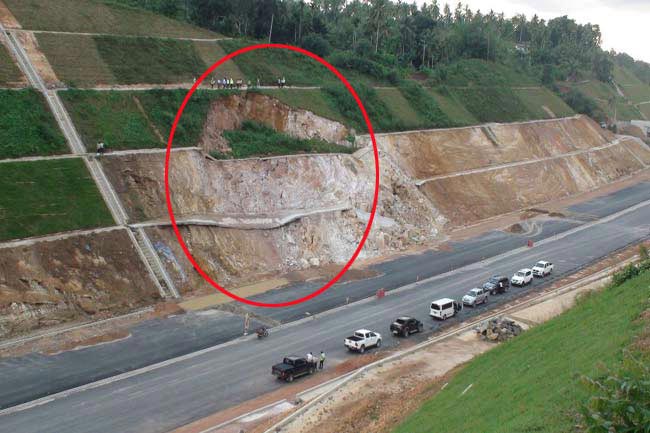 A large portion of the Kirinda-Walakanda area belonging to the Southern Expressway, which is currently under construction, has been affected by an earth slip.

Residents of the area say that the landslide had occurred last night (17) due to heavy rains experienced in the area.

The construction of the Southern Expressway from Godagama to Mattala is currently in its final phase.

An area of about 300 feet long and seventy feet high which is under construction at Walakanda has been affected by the landslide.

According to the resident, the road has been constructed by removing the mountain area on either side of the road up to nearly 200 feet high.

The officials of the Southern Expressway project had arrived at the area today (18) to inspect the landslip, stated Ada Derana reporter.