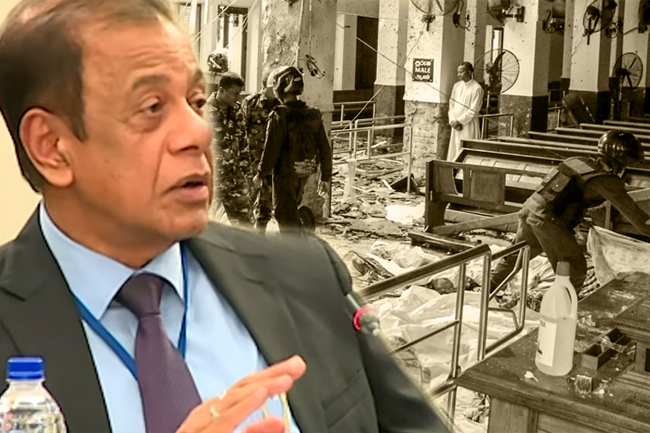 The former Defence Secretary and the IGP were arrested and remanded for allegedly failing to prevent the terror attacks on Easter Sunday even after adequate forewarnings were received on the blasts. However, the duo was later granted bail under the orders of Colombo Chief Magistrate Lanka Jayaratne.

The Attorney General then lodged a revision application against the bail grant to Jayasundara and Fernando.

When the revision application was taken up again before Colombo High Court Judge Vikum Kaluarachchi today, President’s Counsel Anuja Premaratne, speaking on behalf of the ex-Defence Secretary, told the court that a person arrested by the police is considered a suspect only if adequate evidence is presented against the relevant person.

However, the report filed with the Colombo Magistrate’s Court against his client had not produced any evidence to prove that the attacks were a result of Fernando’s negligence of duty, PC Premaratne told the court.

He pointed out that the chief magistrate’s order to grant bail to the former Defence Secretary is not legally erroneous, as the Attorney General has not produced evidence to prove his allegation.

PC Premaratne, speaking up further, stated that there will be no need to revise the bail order delivered by the Colombo chief magistrate.