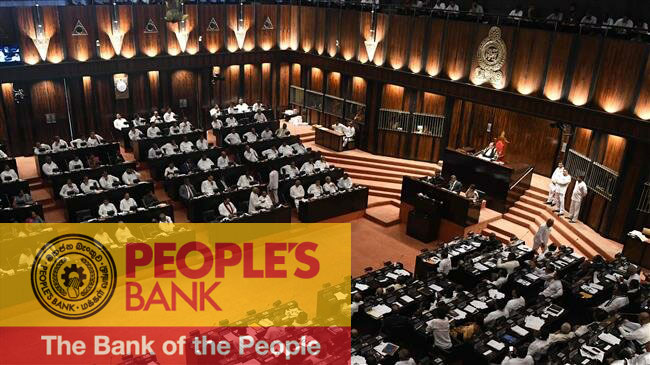 The Adjourned Committee-Stage Debate on the bill took place at the House this morning.

The bill was presented by the Minister of Finance on 24 May and Published as Bill No. 282 in the Gazette.

The purpose of this amendment was to replace Sections 4 and 5 of the Act dealing with the Objectives and the Powers of the bank.

Parliament was initially scheduled to debate the bill on September 4.

However, the ruling party agreed to push back the date after the Opposition Leader wrote to the Speaker requesting for a postponement.

He had stated that serious concerns have been raised regarding the bill among various sections in the banking sector and that the bill would have a direct impact on the stability of People’s Bank.