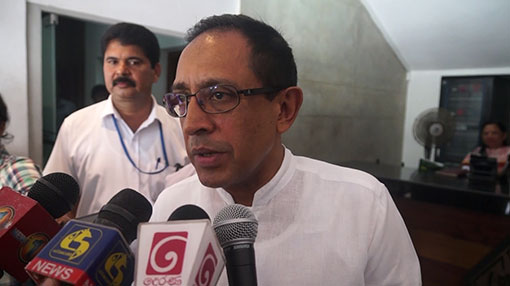 Sajith is ahead so far - Kabir Hashim

United National Party (UNP) Chairman and Minister Kabir Hashim says that he believes the party would most likely be able to reach a consensus with regard to selecting its Presidential Candidate by tomorrow.

The Minister of Highways, Road Development and Petroleum Resources revealed that the party has called 3 or 4 discussions today with the party leader, Prime Minister Ranil Wickremesinghe.

Responding to questions from reporters, Hashim said he believes that through those party-level discussions between today and tomorrow they could reach a point where decisions can be taken.

He stated that they are prepared to make some progress on the matter by tomorrow and that he is hopeful the UNP as a group could name their candidate.

Responding to a question on the candidacy of UNP deputy leader Sajith Premadasa, he said that so far Sjith Premadasa is ahead and that several members of the party are requesting candidacy. But the party will take the right decision, he said.