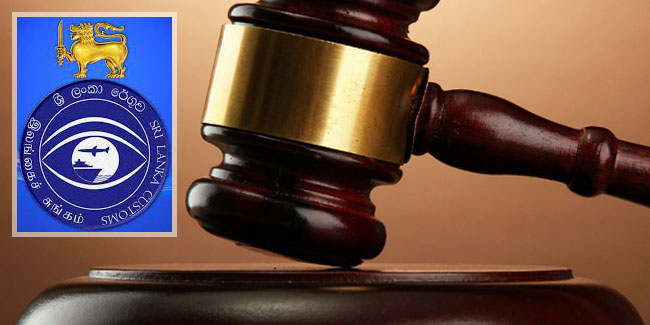 The two officials have been accused of releasing 8 kilograms of confiscated gold from the custody of the Customs Department, for the enshrinement of treasure in the base ring of the ‘Sandahiru Maha Seya’.

The court also issued an order preventing them from leaving and instructed for the immediate transmission of this order to relevant authorities through the Controller General of Immigration and Emigration.