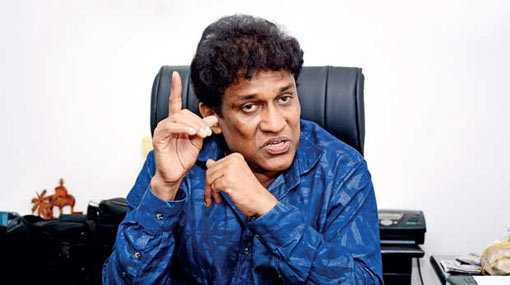 The Cabinet of Ministers today decided not to discuss the matter of abolishing the Executive Presidency at this moment as a Presidential Election has already been called, Minister Mano Ganesan said.

In a Twitter message, the minister said that “heated arguments” had taken place during the special Cabinet meeting held today to discuss the matter.

However, he said that the Cabinet decided not to discuss the abolishing of the Executive Presidency right now when the Election Commission has already gazette the Presidential Election.

Ganesan also claimed that the vast majority of government ministers declared that they will go for election and win.

Meanwhile Minister Harin Fernando also tweeted that they objected to any move to abolish the Executive Presidency.

He said that the group led by Sajith Premadasa informed the Prime Minister that any move on this should happen after the Presidential Election.

“After a president election being called abolishing of it is not correct,” he said.

We have objected to any move to abolish the Executive Presidency. Group led by Sajith Premadasa informed PM that at the pre cabinet that any move on this should happen after the Presidential Election. After a president election being called abolishing of it is not correct