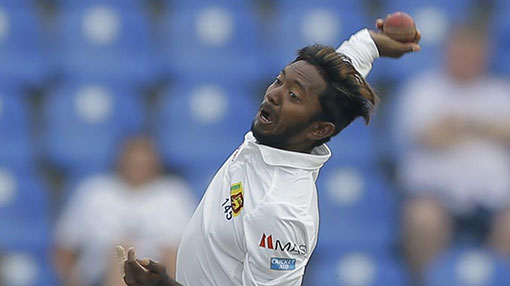 Akila Dananjaya banned for one year

Sri Lankan spin bowler Akila Dananjaya has been banned from international cricket for a period of one year after his bowling action was found to be illegal.

Sri Lanka’s Chairman of selectors Ashantha de Mel told Ada Derana that the bowler has been suspended from all formats of the game until August 29, 2020.

The decision was reportedly conveyed to the board and the player on September 18 by the International Cricket Council (ICC).

Akila was reported for his bowling action during the first test match between Sri Lanka and New Zealand at Galle from August 14-18.

The 25-year-old had traveled to Sri Ramachandra Institute in Chennai for the bio mechanical assessment under the supervision of Dr. Aditya and Mr. Gnanavel and their team.

This is the second time Dananjaya has been banned as the ICC had also suspended Dananjaya from bowling in international cricket in December last year.