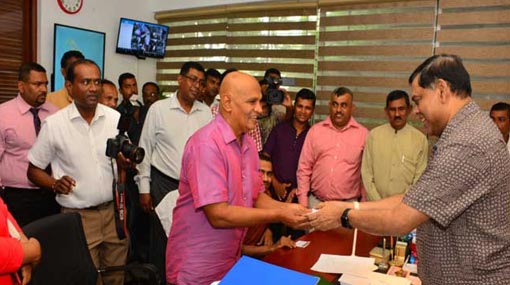 The former Governor of the Northern Province Reginald Cooray has obtained the official membership of the Sri Lanka Podujana Peramuna (SLPP).

Several religious leaders, political leaders and civil activists of the Kalutara District had joined him at the event.

The former Governor was appointed as the SLPP organizer for the Northern Province to ensure the victory of SLPP candidate Gotabaya Rajapaksa at the upcoming Presidential election.