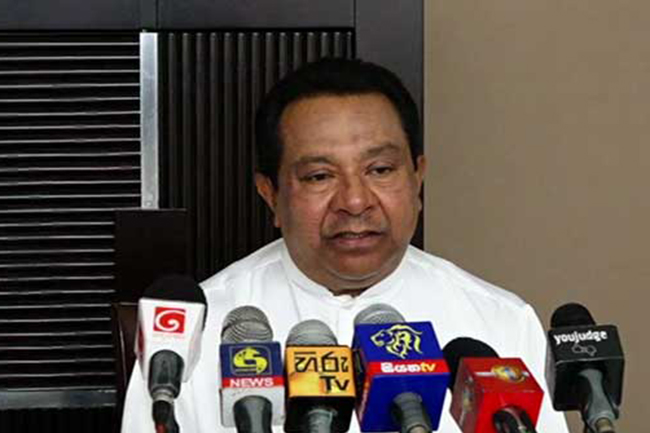 Speaking at a media briefing held in Colombo today (19), the parliamentarian stressed that the government must take legal action against Minister Bathiudeen.

There is evidence to make an arrest of the brothers of Rishad, the parliamentarian said adding that the deeds these brothers had used to fraudulently purchase nearly 6,000-7,000 acres of land plots have been submitted to the Bribery Commission and CID.

He also alleged that the Minister had sheltered extremists including Zahran as well as the Turkish terrorists he had brought into the country while taking financial advantages from them.

Further speaking he said, there is evidence to prove that the Minister had allowed the extremists to use vehicles belonging to the Sathosa.

He also claimed that Minister Bathiudeen has the backing of the Police.