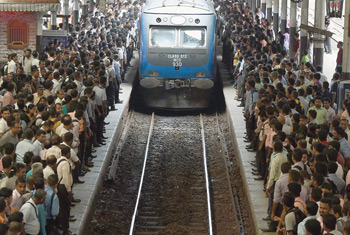 Trains delayed between Fort and Maradana

A signal failure between Colombo Fort and Maradana railway stations has caused delays in a number of trains commuting between the two railway stations, the Railway Control Room said.

The signal failure has also hampered train services on the Main Line.

The Railway Control Room said that all trains scheduled to depart Colombo Fort Railway Station and the trains heading towards Maradana have been delayed owing to this.

Although the trains traveling up to Colombo Fort from outer stations had commenced their journeys on schedule, some of them have had to stop before the Maradana station due to the fact that a number of passenger and officer trains operate at this hour.