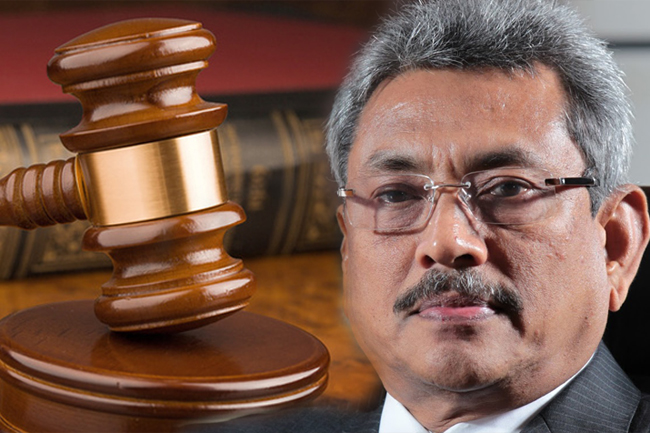 The Colombo Chief Magistrate’s Court today (20) stated that it has not yet received the order delivered by the Court of Appeal discharging the former Defence Secretary Gotabaya Rajapaksa from the Avant-Garde floating armoury case.

The case filed by the Bribery Commission against Rajapaksa and seven others, alleging that they had incurred a loss of Rs 11.4 billion to the government by approving the maintenance of the floating armoury owned by Avant-Garde Maritime Services (Pvt) Limited, was taken up before the Colombo chief magistrate this morning.

The Appeals Court has ruled that the former defence secretary be acquitted as the manner in which the Bribery Commission had filed the lawsuit is against the law, the defence attorneys told the court while presenting their submissions.

The chief magistrate then moved the further hearing of the case to September 23rd, stating that the acquittal order is yet to be received.

The registrar of the Chief Magistrate’s Court was ordered to obtain a copy of the acquittal order and submit it to the court during the next hearing of the case.