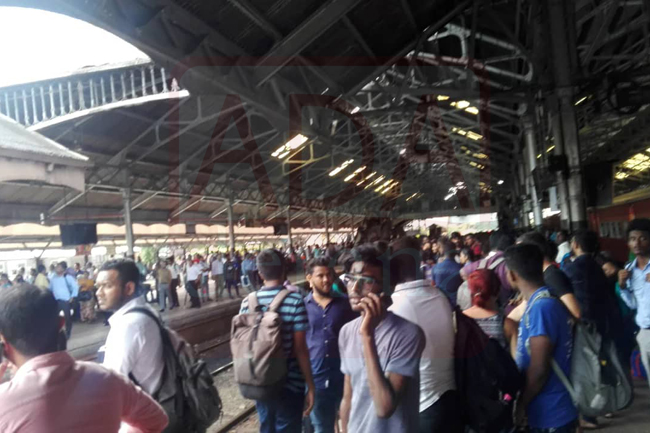 A tense situation is reported at the Fort railway station after all the ticket counters were closed due to work-to-rule campaign by the railway trade unions, says Ada Derana reporter.

Despite the work-to-rule action, many trains were delayed this morning (20) due to a signal failure between Maradana and Colombo Fort railway stations.