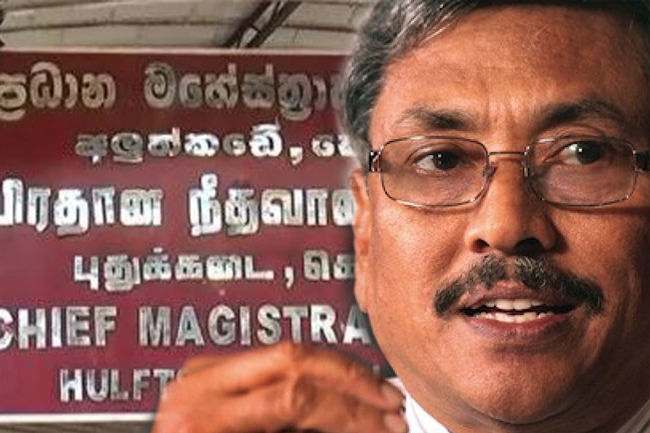 The Colombo Chief Magistrate has rejected the request made by the Criminal Investigation Department (CID) to question former Defence Secretary Gotabaya Rajapaksa.

The CID had requested the court to question Gotabaya Rajapaksa regarding his involvement in political activities in violation of the Citizenship Act and the Election Act.

However, the court granted permission to continue with the investigation into the matter.

The CID had reported progress to the court in their investigation into a complaint regarding the dual citizenship of Rajapaksa, who is the SLPP Presidential Candidate.

The complaint had been filed by Chandraguptha Thenuwara and Gamini Viyangoda with the CID on August 14.

Correction: It was previously reported that the Colombo Chief Magistrate had rejected the CID’s request to arrest Gotabaya Rajapaksa.