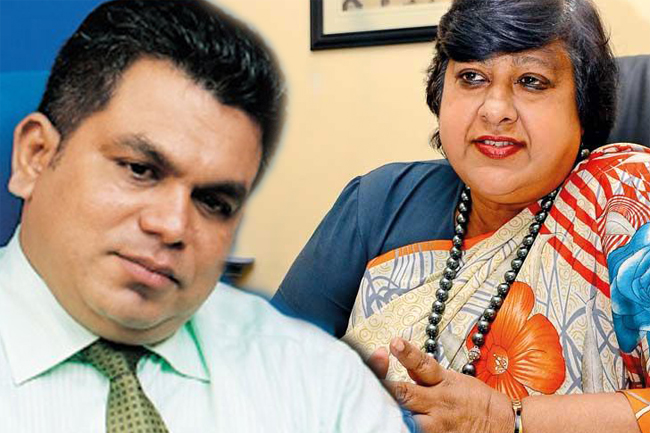 Taking to his Facebook account, Senadhipathi, who is currently receiving medical treatment in Singapore, released an audio clip of the telephone conversation which discussed the case filed against the Avant-Garde Maritime Services.

The purported female voice of the former Bribery Commission chief can be heard saying “I know how to break the law and make the law.” She expressed her regrets over filing the Avant-Garde case while blaming the country’s disorderly politics as the reason behind the case.

However, the attempts Ada Derana made to contact the former Bribery Commission chief in this regard were proved unsuccessful.

Meanwhile, the ‘Ravan Balaya’ and ‘Sinhale’ organizations lodged a complaint with the Criminal Investigation Department against the Solicitor General.

The Appeals Court has ruled that the former defence secretary be acquitted as the manner in which the Bribery Commission had filed the lawsuit is against the law, the defence attorneys told the court while presenting their submissions.

The chief magistrate then moved the further hearing of the case to September 23rd, stating that the acquittal order is yet to be received.