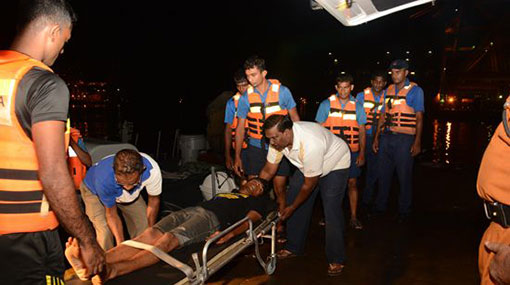 Sri Lanka Navy personnel have assisted to bring ashore an injured seaman who was onboard an oil tanker owned by a private company, for prompt medical treatment.

Accordingly, the patient was taken safely onboard the FAC at the seas 12 Nautical miles off the Colombo light house and then transferred him to the Colombo harbour premises with provided first aids.

Thereafter, the patient brought to the Colombo General Hospital by an ambulance and was admitted for further treatment, the navy said.