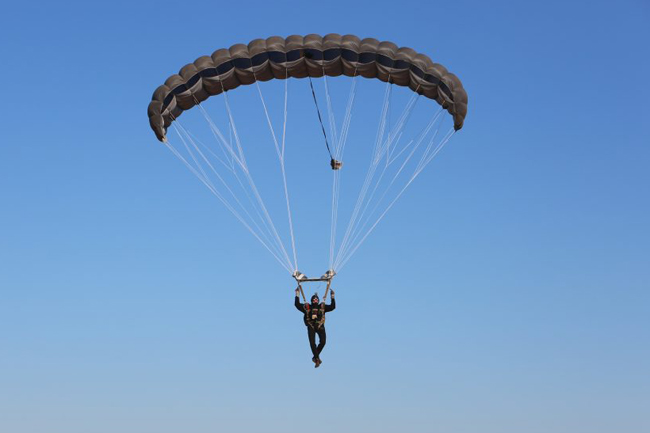 An Army Commando Corporal has died at Kamburupitiya area in Kuchchaveli during a parachute training of the Operation Diyakawa, the Police Media said.

He had fallen into the sea as the parachute was caught by a gust of wind.

The 35-year-old Commando Corporal passed away after being admitted to the Trincomalee Hospital.

The deceased, who hails from Galle, is an Army Commando Corporal attached to the 4th Commando Regiment.

His remains are currently deposited at the Trincomalee Hospital and Trincomalee Harbour Police is probing the incident further.