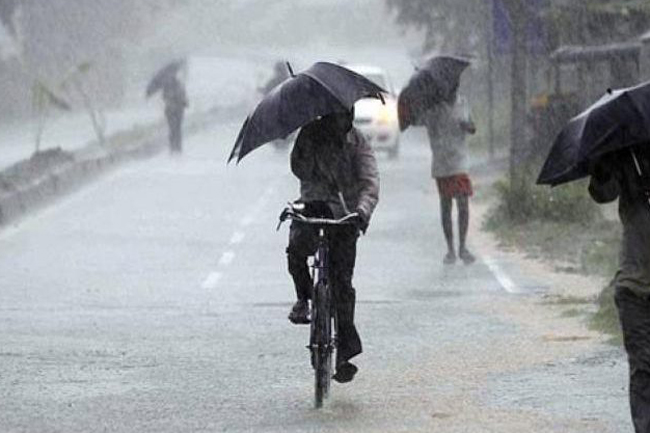 Showers or thundershowers will occur at times in Western, Sabaragamuwa, Central and Southern provinces, the Department of Meteorology says.

Fairly heavy falls above 75 mm are likely at some places in Sabaragamuwa and Southern provinces and Kalutara district.

Several spells of showers will occur in North-western province and in Anuradhapura, Jaffna and Mannar districts.

Showers or thundershowers will occur at several places elsewhere after 2.00 p.m. Fairly heavy falls above 50 mm are likely at some places in Uva and Eastern provinces.