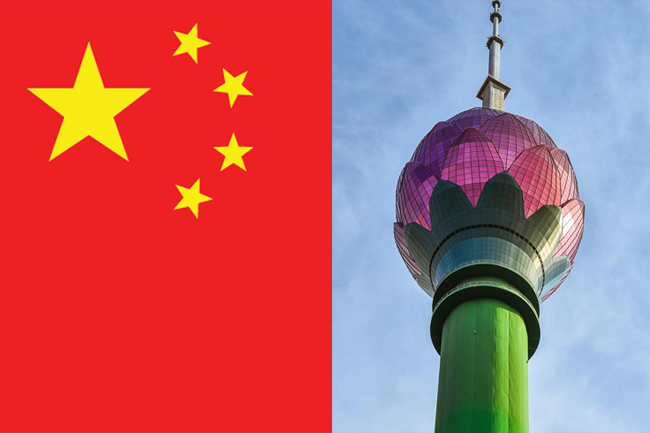 The Aerospace Long-march International Trade Co. Ltd. (ALIT) says the advance payment paid by the Telecommunications Regulatory Commission of Sri Lanka (TRCSL) was only used for the purposes of the Lotus Tower project.

Issuing a clarification concerning the company’s participation in the Lotus Tower project, the ALIT said the TRCSL had paid USD 15,644,980 as advance payment to the account of China National Electronics Importers & Exporters Corporation (CEIEC) in China Export-Import Bank of China on the 9th of October 2012.

ALIT and CEIEC had formed a consortium in August 2010 to pursuit the Lotus Tower project and the contract was signed in January 2012, the statement said. “On Aug. 2015, the ALIT entrusted CEIEC to act solely on its behalf to fulfill the contract. Those are normal business operations and comply with international business practice,” the ALIT says.

The company says the inauguration of the Lotus Tower project is “not only a remarkable milestone of the project but also a significant symbol of friendly cooperation between China and Sri Lanka.”

As a state-owned, responsible company, ALIT is operating in more than 40 countries around the world and has won high acclaims from its customers, the company has emphasized in its statement.

ALIT says it cherished the friendly relations between China and Sri Lanka and will continue to participate in the economic construction and development drive of Sri Lanka to help promote “the China-Sri Lanka All-round Cooperation Partnership of Sincere Mutual Support and Ever-lasting Friendship.”